There are many different types of feet. Some people have extremely high arches and others have extremely low arches. Most of the population has feet that fit somewhere in between these two extremes. Individuals with flat feet, or low arches, do not necessarily have foot problems.

Those who have extremely low arches are at risk of developing multiple foot problems as a result of the low arch and abnormal motion in the feet. The characteristic sign of flatfoot is the low arch.

In some cases, the arch may touch the floor. In the picture to the right, it is not hard to miss the complete collapse of the arch. In the picture above the heel turns out and the ankle turns.

The front of the foot abducts and when viewing the foot from behind, the small toes will stick out, this is called a “too many toes” sign. Foot pronation and eversion are non-weight-bearing.

Some of the problems associated with flatfeet are:

Patients may experience knee, hip, or back pain because of their foot position. When the foot collapses too much, it causes the knee to rotate in and hence the hip. This causes abnormal walking and can affect the back. Low back pain, deep hip pain, leg pain, achiness, and fatigue can all be a result of flatfeet.

Flatfeet are generally associated with over-pronation. Pronation is the rolling in of the foot and collapse of the arch. Everyone has some pronation when they walk, but individuals with flatfeet generally pronate more than they should and for longer periods when they walk.

This places excess stress on the tendons and ligaments in the foot and ankle. Pronation is the key in understanding problem flatfeet. In the image to the right, pronation in a non-weight-bearing position is demonstrated.

This shows the heel rotating away from the centerline of the body as the ankle rotates in. In a standing position, this same type of motion occurs resulting in the collapse of the midfoot.

The posterior tibialis tendon has always been thought to be one of the main structures that hold up the arch. But, the posterior tibial tendon is just one structure within a complex network that helps to support the arch. Two structures with important arch supporting roles are the plantar fascia and the Spring ligament.

The Spring ligament is also known as the plantar calcaneonavicular ligament because it originates on the calcaneus and inserts on the navicular. Although posterior tibial tendon injury may contribute to a collapsed arch, the opposite is also true.

Tight calf muscles are one of the main contributing forces to the development of flatfeet. When the calf muscles are tight, the heel lifts up early during walking and places a significant amount of stress through the midfoot.

The midfoot flexes, instead of the ankle, which causes excess pressure to be transferred through the midfoot and forefoot. This stresses the tendons and ligaments on the bottom of the foot, which can result in arch pain, plantar fasciitis, and tendonitis.  foot.

It is not only the collapse of the midfoot that allows us to recognize a flatfoot, it is also the movement of the forefoot away from the midline of the body. In many individuals with flatfoot and overpronation, the front of the foot moves out and away from the body. This is what gives the characteristic bulge on the inside of the arch. Mouse over the image to the right to see the movement of the abduction. The navicular is outlined on the diagram. This is the bone that “bulges.” Pronation resulting in the abduction of the foot

In the images below, the midfoot collapse is apparent. There is no longer an “arch”, the middle of the foot is prominent and the navicular is bulging toward the centerline of the body. The front of the foot is rotated out. The X-ray on the right shows the collapse on a radiograph.

Not all flat feet need to be treated, but all flatfeet should be evaluated. This is important because even if there is no pain initially, some preventative foot care could help decrease the chances of developing a more severe foot problem down the road. For those individuals with flat feet and foot pain, treatment is essential.

The first step is to buy the correct pair of shoes. Shoes that are too flexible will cause pain for those with flatfeet. This shoe seen on the right completely collapses with pressure, it is way too flexible. More on shoe tips. Shoes that have insoles with a high arch can also cause pain.

Many people with flat feet can benefit from orthotics. Orthotics are devices that are custom molded to the feet from a foam or plaster mold. The mold of your foot is then used to develop a device that is custom to your feet and helps to correct any abnormal motion (pronation).

The orthotic is hard (semi-rigid) and designed to control abnormal pronation and prevent arch collapse. It is not soft and flexible, but there may be a soft cover. A plaster mold of the foot is taken with the patient sitting in a chair or lying on their stomach. The foot is held in the correct position.

A foam mold is taken while the patient is sitting in a chair and stepping into a foam box. The foot is manipulated into the correct position. The orthotic attempts to control the motion from the rearfoot. It does not attempt to just hold up the arch. This is because when the rearfoot pronates (rotates in), it causes the foot to unlock and the arch collapses.

By controlling the rearfoot and minimizing abnormal pronation, the arch can be maintained. This is the goal with the custom-made semi-rigid orthotic. Blog post on orthotics in children with flatfeet.

Prefabricated orthotics (off the shelf) will benefit those with mild to moderate flatfoot. The more rigid the insert, the better. Those with tendonitis or adult-acquired flatfoot should be in a custom-molded, semi-rigid orthotic. If cost prohibits the purchase of custom orthotics, try to choose the more rigid arch support/insoles from the store.

Richie Brace ankle-foot orthosis (AFO)For individuals with a more severe flatfoot, which involves more rotation at the ankle, an AFO (ankle-foot orthosis) may be necessary. The AFO combines a custom-made orthotic with an ankle brace. The brace has a joint which allows for flexion at the ankle and generally extends to about mid-calf. The mold must be done at your doctor’s office. The brace is custom-made for each individual foot. The Richie Brace is shown to the left.

Physical therapy is generally prescribed when posterior tibial tendonitis is associated with flatfoot. It is important to note that strengthening and flexibility exercises will not change the shape of a flatfoot nor will they improve the arch height. But, in the early stages of tendonitis, physical therapy can be very beneficial.

When conservative therapy fails, or the flatfoot is severe, surgery can be done. This is, generally, only recommended when the pain is severe and limits walking and daily activities. Most of the surgeries developed to treat flatfoot are complicated and involve foot reconstruction.

Many times bones are broken and re-set, tendons are transposed from one part of the foot to the other, the Achilles tendon may be lengthened and some joints may be fused. Undergoing this type of surgery results in about 2-3 months off of your feet, and a 6-12 month recovery period. Expect a year before functioning at an optimal level again. The results can be quite good for these surgeries when they are performed properly.

In the images to the right, the pre-operative X-ray shows the elevation of the 1st ray and midfoot collapse. The heel bone (calcaneus) is tilted down as well as the ankle bone (talus).

In the postoperative X-ray, the screws can be seen in the heel bone and midfoot. Notice the angle of the heel bone and the position of the midfoot compared to the 1st metatarsal. The arch has been restored and will be stable allowing for a more functional foot.

It’s important to note that there are many types of surgical procedures for the flatfoot. The procedure selection depends on the patient’s age, weight, activity level, functional limitation, and severity of the deformity. 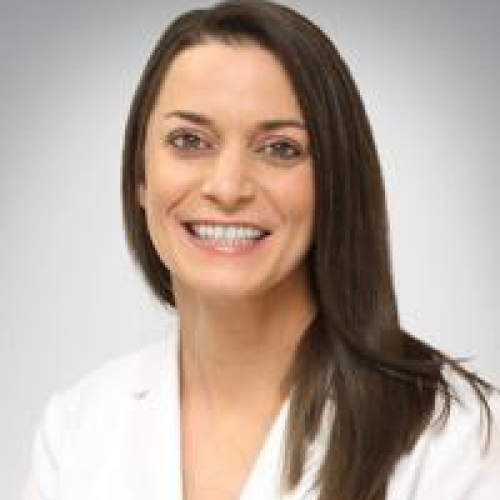 How to Buy the Best Insoles for Flat Feet

Which are the Best Shoes for Flat Feet?